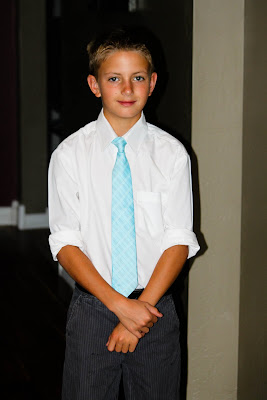 Kyron gave his first talk ever yesterday in Sacrament Meeting.
It was on Physical Health.
He gave his talk like an ol' pro.
I was so proud of him.
He wasn't even nervous.
He was my hero yesterday.
He sounded so confident and sure of what he was saying.
He has Luke in him for sure when it comes to speaking in front of others.
I was nervous for him all week, cause that's what I do.
Grandpa, Daniel, Chelsee and their girls came to listen.
(Grammie is in Vermont)
He was so excited to have their support.
First, I watched him pass the sacrament
and then as he was giving his talk,
I almost just started crying because he is mine and he is such a good kid.
It was for sure one of my proudest moments.
He did such a fantastic job and I am so proud of him.
I love him so much! 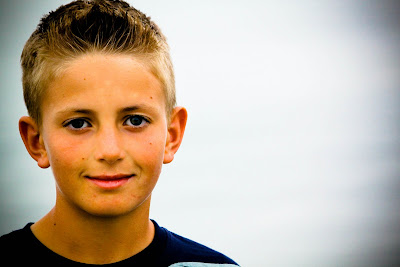 Kooper has got to be the sweetest little boy ever. He doesn't have a mean bone in his body and never gets in trouble for being mean. He can get a little rowdy but come on he is a boy, right? He can't make it through the day without a HUG and KISS from Kyron, Kason and Kenzi before they head off to school. The same goes for Luke. But Luke usually gets a couple. If for some reason he doesn't get one, it is the end of his little world. He is just a little love bug. He loves babies. When I had Kali, Kooper was 20 months old. Not one time ever did I even have to worry about leaving her alone in the same room as him. He would have never even tried to hold her without help. She would swing and he would just watch her. He didn't even try to pull her out. She could lay on the bed and he would just lay by her. Never ever has he been mean to her. Still to this day, when she has done her share of naughty things to him, has he ever been mean to her. 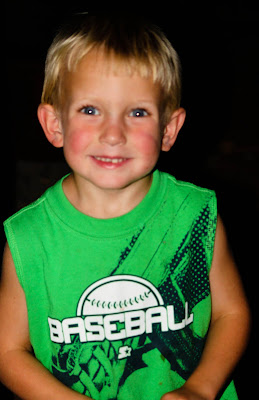 Kali on the other hand is NAUGHTY! She is sweet naughty if that makes sense. She does naughty things with a smile on her face the whole time. I would never leave her alone with a baby, not even for a few seconds. She loves them to pieces but she is not nice about it. We always say that she had to be ridiculously cute to get any kind of attention being the 5th child. But I guess being cute wasn't enough. She has to be naughty too. She does give the best bear hugs in the whole wide world though. 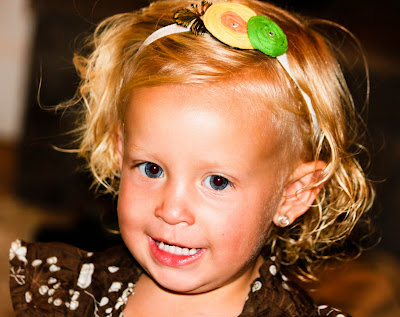 Kooper is really good at convincing others that he is 7. He wants so badly to be older. What a little liar he is! He says it so much that I think he has convinced himself that he is 7. I have some really funny stories that go along with it but they will have to be for another day. He is so funny about it.

Kooper's newest little saying is, "Mom, I want to snuggle bug you." Ohhhh he melts my heart. I always tell him that he is such a snuggle bug because he snuggles more than any kid we've had and I love every second of it.
One thing that doesn't melt my heart is that Kali just learned how to crawl out of her crib. I was planning on her staying in there until she was like 5. So this is not in my plan. I went and laid her down in her bed for her nap just like every other day, when all of a sudden she comes around the corner and says, "heeelllllloooooo!" I was like what the crap are you doing? No way! So I tried it 2 more times and every time she came walking down the stairs so very proud of herself. I turned her crib around because the back side is higher than the front and so far so good. It will probably just be a matter of time before she figures out how to crawl over the sides but we are praying it last for a long long time. She has always been the best sleeper. She sleeps from 9pm to 8am every night and at least a 3 hour nap every day. I NEED her to keep sleeping!
She does this ridiculously funny dance. We can't get enough of her doing it. She puts her hands on her hips and moves her whole body. It is hysterical. She has got some moves. Her head, neck, shoulders, little booty and legs all move in different directions at the same time. I don't know what I would do without my two little babies. More importantly, I don't know what they would do without each other. They are the best of friends. They play and play all day. Koop will play whatever Kali Jett wants too. She is always worried about where "Pooper" is. It is so much fun to watch them grow up together. It is such a great reminder to me that everything happens for a reason. I can't imagine our life without Kali in it. She is so meant to be here, with Kooper.
Oh yeah, one more funny thing. Kali thinks her name is YOU! We figured out why. Every time I give her a snack, I say, "this is for you and this is for Kooper." Kali loves to look at pictures and every time we see one of her we say, "that's you." You get the point.... so the other day we were looking at pictures on our wall and every time she saw one of herself she'd say, "YOU." So we started asking her who everyone was and when she would get to herself she would say, "YOU" She even points to herself and says YOU! Oh the joys! We laughed hard on this one. We have been working on teaching her that her name isn't YOU. So now she is starting to say, ME and YOU! hahaha 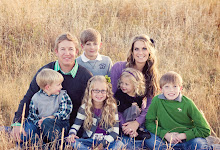